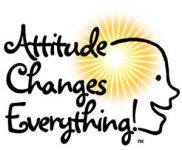 Even people who don’t claim to be particularly religious are observing the negative effects of criticism upon each of us. Doctor David Fink, author of Release From Nervous Tension, studied thousands of mentally and emotionally disturbed people. He observed two groups: the stressed-out group and the stress-free group. Gradually one fact began to emerge: the stressed-out group were habitual fault-finders, constant critics of people and things around them, while the stress-free group were loving and accepting of others. No doubt about it, the habit of criticizing is a self-destructive way to live.

Used by permission from Tim Hetzner